The following changes will be in place after the Dec 7th (Tue) update.

※ All of the screenshots are based on the test server.

Please be noted the below details are subject to change.

■ Addition of a New Map

- The rotation order for the 1st Arena after the update is as follows.

It started to rain on the pirate ship where Peter and Hook used to fight against each other.

Win the Dominion match on the abandoned ship in this refreshing atmosphere!

The new map, [Abandoned Pirate Ship - Rain], has the same rule as the current Dominion mode, but things will likely get intense.

Keep an eye on the item spawning point (in the middle and the bottom of the deck). That could be a game-changer!

Be sure to get the item first and lead the game.

- At the Dream Shop, two Legends, Robin and Master Cat are added. 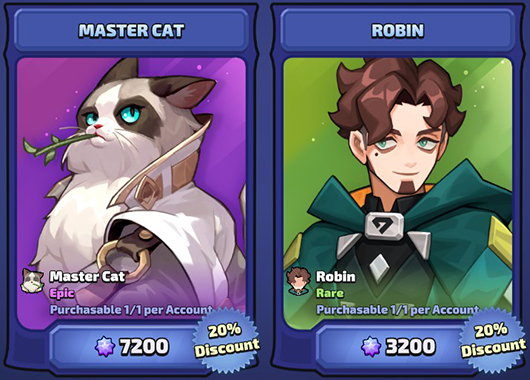 - Flare skin and Nui skin have been added to the Dream Shop. 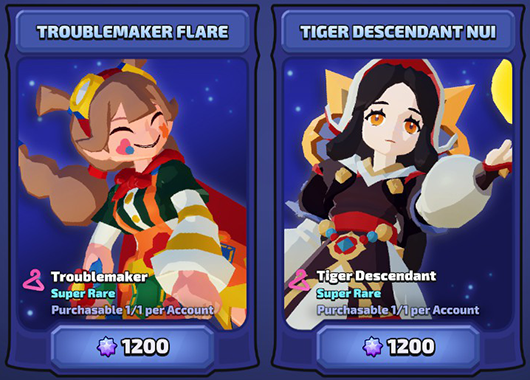 * Please be noted that these skins will be displayed at the Dream Shop even if you don't own the respective Legend.

- Ravi Emoji Box has been added to the Dream Shop. 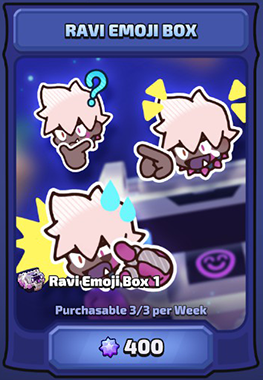 : Alice is especially powerful at Dominion mode - The higher the game level, the higher the winning and pick rate.

Alice is excellent for area control, which disables other Legends contributing in their way.

Therefore, we have slightly nerfed Alice's area control in the hope of more various Legend compositions.

: Added a feature where Brick could aim multiple foes.

: Adjusted Skill to give damages and marks towards all the opponents that got hit.

: Fixed an issue where attack detection height looked wider than the actual range when the blade spins.

The attack detection range will be narrower when the blade spins during Ultimate.

However, if he hits more than two foes with his Ultimate, he could use Ultimate right away just by catching the blade.

This enabled him to do strong attacks in a row without taking risks when dealing with multiple foes.

Ultimate energy will no longer be charged even if he hits foes with Ultimate.

However, to prevent a situation where combo attacks are not available due to this change,

the cooldown of the Ultimate will be recovered if Jack O' catches the blade again.

: Attack detection height has significantly been reduced when the blade is spinning.

: The last attack of the spinning blade will no longer charge Ultimate energy.

: Upon catching the blade again, the Ultimate energy charge you receive will be increased. (80%→86%)

The damage Robin can give to opponents is less than what we expect from the assassin or marksman.

Buffed Robin overall so that he could perform well.

: Adjusted damage he gives, which will allow him to give further damage in a short amount of time.

: All projectile damages of charged attacks have been changed to 250 per shot.

All of the damage amounts above are based on Level 1.

■ Changes and improvements in Arena

- Effects have been added to show the area around the dominion point during the Dominion Finish Time.

- The bomb will no longer be spawned from candy bags(located at the starting point) in [Witch's Sweet Maze - Late Night] Battle Royale map.

: When the candy bag is destroyed, both candies and bomb items can be spawned at the same time.

As the two items cannot be obtained in the desired order, we have removed the bomb item from the candy bag for as a quick fix.

- When attempting to buy 625 puzzle pieces in the Daily Offer shop, the window below [Product Info] will pop up. 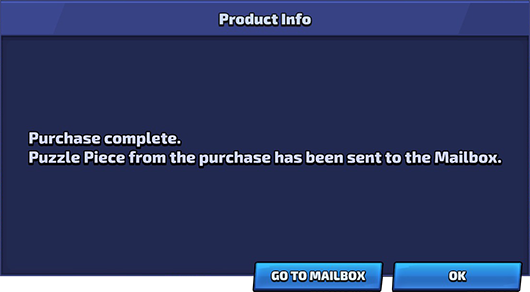 : 'Purchase complete. The Puzzle Piece from the purchase has been sent to the Mailbox.' message will be displayed.

: [Go to Mailbox] button has been added.

- Below message will be displayed for packages that include the Ability Box.

: 'If all available Abilities from this package are already at max level, they will be converted and sent as Dream Pieces.'

- Improved location of a pop-up message that appears to inform the maximum number of boxes that can be stacked.

The pop-up will no longer block the Legend medal in the Lobby.

- A sound has been added when you reach the next stage by acquiring the SMASH Pass point.

- Fixed an issue where Finish Time UI is displayed when the Dominion match ends as time is over.

- Fixed an issue where players are not intermittently able to hang on the edge in [Witch's Sweet Maze - Late Night] Battle Royale map.

- Fixed an issue where the oven's heat approaching is not displayed in Witch's Sweet Maze - Late Night] Battle Royale map.

- Fixed an issue where the sound of Super Rare emoji in the chat is not available.

even for players who have unlocked more than the first stage reward.