The link has been copied.
Update

Hello, there. It is SMASH LEGENDS!

The following changes will be in place after the update on June 8th (Tue).

Please check the details below.

- New legend 'Flare' has been added.

🔥 Introduction of Flare: Flare is a marksman legend who fires wide-area cannons in arena. She creates explosions and flames!

Fires the cannon. The projectile travels in an arc and explodes upon impact.

: Fires a giant fireball in a straight line. The ball explodes upon impact, dealing damage. The fireball is shot towards the ground when used as Aerial Skill, allowing Flare to jump again with the recoil, and deals damage.

Fires a giant fireball into the air creating burning areas. The burning areas last for a few seconds and damages all foes that enter the area.

🔥 Flare abilities (based on level 1)

Increases Basic Attack and Skill damage by 16% when Ultimate is available.

Creates an area which deals 100 damage per second for 5 s at the impact area of Basic Attacks. Each area lasts for 3 s. This effect activates once every 15 s and is affected by damage increase from leveling up Legends.

🔥 How to obtain Flare

: After purchasing the Smash Pass, you may obtain the legend once you reach the 25th tier. (Paid pass reward)

: After SMASH Pass Season 3, Flare is obtainable from Silver Box or above.

: Once SMASH Pass Season 3 is ended, you may obtain Flare from Special or Super Special Box in the shop.

‘Friendly Match’ content has been added to the game settings.

: You can play the game mode you want with your friends through Custom Match.

* How to play Custom Match

1) You can create a Custom Match through the ‘Custom Match’ button in the in-game settings menu.

2) When entering the Custom Match screen, you can select the game mode you want from the bottom. The number of participants is set according to the selected game mode.

3) Others can participate in the Custom Match through the team code and the Invite button at the upper right.

- ‘Team Deathmatch – Giant Mode’ will be added to the weekend special arena.

: After the update, a special arena will be operated in the order of Giant Mode > Harvest > Harvest War. 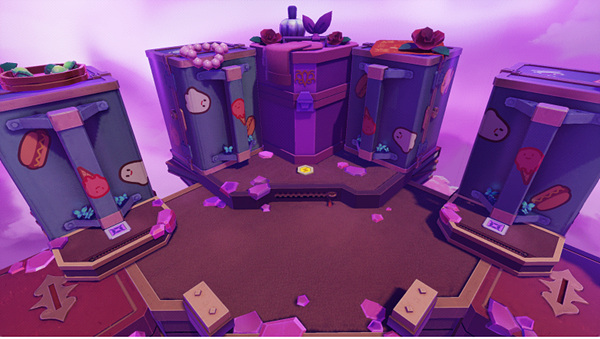 A time when the sky is dyed with purple aurora and the magical power that surrounds the library world becomes particularly powerful.

Memories of traveling to the island of giants in the flying suitcase are revived with the power of magic.

The more Legends fight hard, the more they transform into giants just like the memories of that time.

- It will be a 3v3 team battle, and the top 10 score fields will be displayed at the start of the game.

- If you SMASH the enemy team player you get 1 point, and the first team to get 10 points wins.

- The lower the player's HP is the larger the legend's size will be and it is more likely to deal damage or deal with multiple foes at once.

: When you enter the SMASH Pass screen for the first time, the season notification page will be displayed.

: You may obtain various items such as skins, profile icons, and fashion items by proceeding with the SMASH pass.

: You may obtain the new legend ‘Flare’ when you purchase the SMASH Pass and reach the 25th tier in the paid pass track.

- After the update, a new event 'The Legend Mission' will begin.

: Clear the assigned mission and exchange them for various rewards!

- After the update, packages will be appeared in the shop depending on the period.

- When the first season ends, the end-of-season reward will be provided.

Then, based on the number of medals that got reset, you will get Dream Piece rewards.

: If you are entitled to medal reset, the below profile icon will be granted. 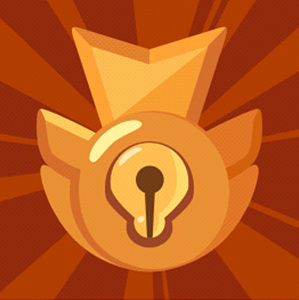 : For Smashers up to Top 500, a special profile frame will be given. 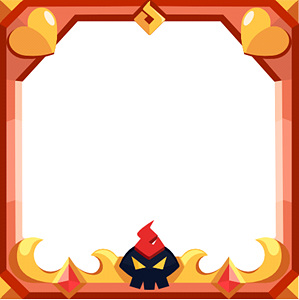 - The Second Season will begin.

: Medal each legend holds will be reset to 500.

: The number of medals awarded will change according to the results of the arena battle.

: After the medal reset, the legend load and medal load will display the current record.

: The current medals on the Medal Road will show all the total number of medals after reset.

: For Medal Road/Legend Road rewards that have already been claimed before, they cannot be claimed again.

: Even if the current medal league is lowered due to the medal reset,

the league box will still be based on the previous league.

[i] Dev team Comments: We have seen cases where hanging on the edge attack leads to final blow occasionally.

If legends without the ability to return when pushed out of the arena are attacked by a hanging edge attack from a foe,

they will be just pushed out right away.

For a hanging edge attack to have this effect was not our intention, it will be changed.

Also, clarified areas where the characteristics or roles of some Legends were not clear.

We also adjusted occasions where gameplay was not smooth.

: If you get attacked while hanging on edges, now you will always be knocked back to the inside of the stage.

: If some of skills and Ultimates are interrupted while in use, now the energy charge required for Ultimate will be returned correctly.

: The range of ground attack is slightly reduced.

: Location of the muzzle of a gun and the projectile firing place will not be matched.

: When doing the ground attack, the bullet's hitbox range per attack will now be matched consistently.

: Damage increases when using skills and aerial skills, and pushes the opponent further.

: When using the Ultimate, the parrot's bullets fire a little slower, and the amount of stun effect per bullet is slightly reduced.

: Super armor that triggered upon using the Ultimate will now be removed.

- Improvements have been made so that players in the same regions will be prioritized to be matched.

- Now main account profile will be displayed at the final stage of the Steam & mobile account link process.

- Upon obtaining an ability, the icon background is changed depending on normal and rare ability.

- If there is a reward that can be claimed in Attendance Event, now it will notify you every time you log in to the lobby.

: Fixed an issue where some attacks did not fill the energy charge required for Ultimate.

: Fixed an issue where the effect and hit judgment did not match when using an attack that has Super armor.

: Fixed an issue where the Witch Queen's foe's movement speed sometimes increased throughout the battle.

: Fixed an issue where the movement speed of Snow gets slow occasionally if Snow has equipped an ability.

- Fixed an issue causing Don Quixote's effect not displayed when he acquired a bomb.

- Fixed an issue where the text of the Witch Queen's ground basic attack was wrongly displayed.

- Fixed an issue where the magical orb sometimes chases the wrong foe when attacking with the Witch Queen's skill and skill jump.

- Fixed an issue where bullets did not go out due to landing during Hook's jump basic attack.

- Fixed an issue causing the last bullet's amount of damage was not applied properly while using Hook's Ultimate.

- Fixed an issue where effect and hit judgment did not match when Alice hits a foe using her Ultimate.

- Fixed an issue where damage was not applied due to landing while Master Cat's jump basic attack.

- Fixed an issue where the foe hit by a landing attack would sometimes be knocked back in the reverse direction during a normal jump attack while in Swan form.

- Fixed an issue where the landing attack's effect was not displayed during a basic jump attack while in Swan form.

- Fixed an issue where oven range and UI effect did not match in 'Witch's Sweet Maze - Noon' Battle Royale map.

- Fixed an issue causing dropped mandrakes to be displayed transparently in Harvest Mode.

- Fixed an issue where 3 candies appear twice when defeated from oven heat in Battle Royale.

- Fixed an issue where the rank of battle results was sometimes displayed incorrectly in Battle Royale.

- Fixed an issue causing the MVP screen to appear white.

- Fixed an issue where an event pop-up gets displayed upon clicking replaying Battle Royale when there is a reward to be claimed.

(It can happen occasionally under some circumstances.)

- Fixed an issue where the Dream Shop does not appear right away in the shop when you obtain Dream Piece for the first time.

- Fixed an issue where profile frames cannot be selected.

- Fixed an issue where frame icons that are obtainable from the legend road do not show where they can be obtained.

- Fixed an issue where lobby BGM gets triggered during the loading screen after matchmaking is complete.

- Fixed an issue where the remaining time before respawn gets stp[[ed when switching to the app background while in SMASHed state.

- Fixed an issue where the button did not disappear when you are hit by the Witch Queen's skill and in a process of being polymorphed into a frog.

- Fixed an issue where Thai text was not displayed correctly upon obtaining the legend skin.

- Fixed an issue where the back button did not work properly when obtaining Piece from the legend piece selection pop-up.

- Fixed an issue where legend animation sometimes reappeared even though you did not change the legend.

The above issue may change due to an unexpected issue.

Hello, This is the Dragon Flight management team.


null has been temporarily restricted from using the community due to the following reasons.

If you receive restrictions due to inappropriate behaviors, you may be disadvantaged when using certain contents or participating in events.

Move to the Login page?

Even after deleting a notification,
you can still view them in "Notification Details".

Please check before starting the game!

Move to the login page?