The link has been copied.
Update

Hi Smashers, it is SMASH LEGENDS.

Here are all the changes you will see through the coming update in May. 11th (Tue).

Please see the details below.

✅ Addition of a new Legend

🍎 Introducing Snow: An assassin legend with excellent avoiding and charging skills. You may utilize him with the ultimate and fancy combo skills.
🍎 Snow (Skill name edited)
1) Pierce (Basic attack)
: Stabs foes in front, dealing. Attacks foes in front 2 times when used as Aerial Skill.
2)Whiteout (Skill)
: Quickly charges forward to attack a foe. Passes through the foe if the attack successfully hits
3)White Flash (Ultimate)
: Charges forward. Does not get knocked back when attacked during the charge.
🍎 Snow abilities
1) Sharpness
: Increases Basic Attack damage when either Ultimate or Skill is not available.
2) Blitz Blade
: Increases the next Ground Skill damage after using Ultimate. This effect activates once every 15 s.
3) Secret Blow
: Increases Ground Skill and decreases Skill cooldown by 0.2 s when Basic Attacks successfully hits a foe while HP is 35% or below.
4) Pursuit
: Increases Movement Speed by 6% and Basic Attack damage by 8% until receiving damage, if no damage was received for 3 s.
🍎 How to obtain Snow
: For this SMASH season 2, Snow can be obtained only when you purchase SMASH Pass which is available with a 25th tier reward.
: When SMASH season 2 is finished, Snow is obtainable from Bronze and above boxes.
: After SMASH season 2 is finished, Snow is obtainable from Special and Super special boxes.
✅ New Arena and map added
- A special arena that only opens during weekends has been added at the bottom of the existing Arena mode.
: Special arena is only available during a specific time on weekends.
: Depending on the number of times the Special arena is played, an additional Key can be obtained. (Edited)
- As a special arena, ‘Harvest War’ mode has been added. 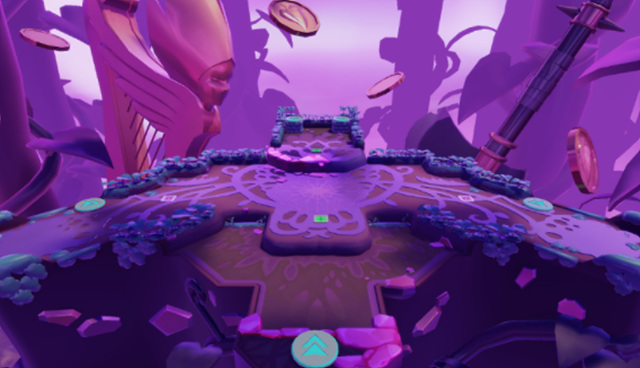 * Available time: After an update on May 11th, every Saturday 07:00 (UTC+0)  till Monday 07:00 (UTC+0))
* Introducing Harvest War mode
: A new strain of Mandrake created as mysterious magic has appeared at magic bean field!
The Sage Society promised to give legends a high score to those who pick up the new strain of Mandrake.
Which caused a massive Harvest War to erupt at the Magic Bean Field to stop these plants!
Unfortunately, this noisy commotion made King Mandrak upset... Be safe everyone!
* Game rules
: It is a 3v3 team battle, and the team with the highest score by acquiring Mandrak fruits from each team for a limited time wins.
: Three different kinds of Mandrak fruits will appear, and the number of points earned for defeating Mandrak fruits varies.
: If you defeat foes, some of the enemy team’s Mandrak points will be deducted.
✅ SMASH Pass season two begins
- SMASH Pass regular season, [Season 2: Fight the Darkness!] begins.
: The season notification page is displayed when entering the Smash Pass screen for the first time.
: SMASH pass rewards items will be changed. The SMASH pass price has been changed to $12.99.
: You can acquire various items such as skins, profile icons, and fashion items by proceeding with the SMASH Pass.
: New legend, ‘Snow’ can be obtained from 25 tier in SMASH pass as a reward. 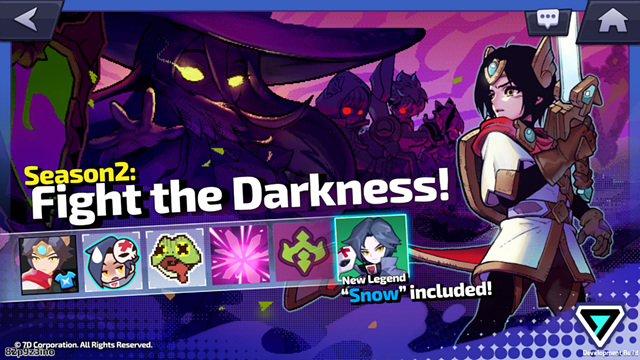 ✅ New packages added
- Since this update until June. 8t, below packages will be available in the shop.
: Twinkle Package
: Sparkle Package
: Spectacular Package
✅ New emotes and profile icons added
- 11 new emotes are added.
: SMASH Pass Season 2 emote x 2
: Witch queen emote x 1
: Snow emote x 8
- 5 new profile icons are added.
: SMASH Pass Season 2 profile icon x 2
: Witch queen profile icon x 1
: Snow profile icon x 2
✅ New fashion items added
- 5 new fashion items are added.
: Revival Trail x 2 (Heroic Wings, Hero's Arrival!)
: SMASH Effect x 2 (Apple, Mirror)
: Final Blow x 1 (Mirror Breaker)
⚡ Changes and improvement ⚡
✅ Changes in Legends
- The movement speed reduction due to the debuff of all legends has been changed to only apply up to 70%.
- The movement speed increase due to the buff of all legends has been changed to apply only up to 150%.
- When some legends attack towards the outside of the map, they will rapidly slow down their speed, so they do not fall outside.
: Cindy, Kaiser, Ravi, Ducky and Swan, Alice
- Kaiser:  Slightly decreases the stun time when slamming the ground with Jump.
- Witch queen: When using skill and jump, the witch queen will not automatically aim at the target.
✅ Daily Attendance changes
- Rewards of Daily Attendance will be changed.
: Now that it is changed, it will start from Day 1.

Hello, This is the Dragon Flight management team.


null has been temporarily restricted from using the community due to the following reasons.

If you receive restrictions due to inappropriate behaviors, you may be disadvantaged when using certain contents or participating in events.

Move to the Login page?

Even after deleting a notification,
you can still view them in "Notification Details".

Please check before starting the game!

Move to the login page?